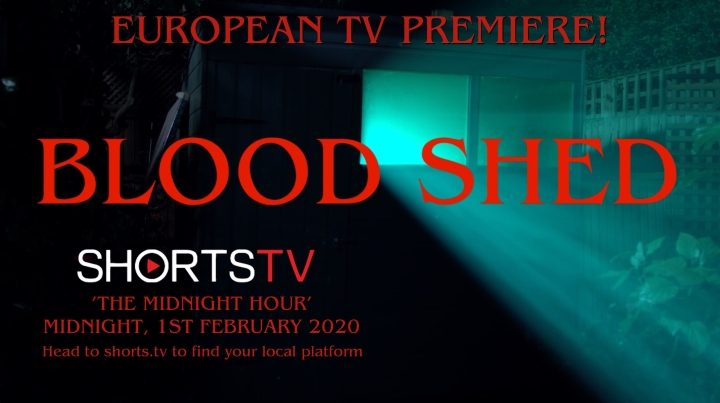 Blood Shed has its European TV premiere on ShortsTV Europe in ‘The Midnight Hour’ slot on 1st February.

ShortsTV is available in Europe on the following platforms:

Thanks to Shorts International.

It was screened before the UK premiere of Come to Daddy at FrightFest on Thursday 22nd August 2019.

James Moran’s epic serial killer romance Crazy For You starring Arthur Darvill (Doctor Who, Broadchurch, DC’s Legends of Tomorrow) and Hannah Tointon (Inbetweeners, Penny Dreadful) is finally available to buy or rent on iTunes and Amazon, thanks to Shorts International! You can now own it and enjoy the polka dots as often as you like…

Now available to buy or rent:

Crazy for You  is also regularly screening on ShortsTV in North America, Europe and South Asia.

The foul-mouthed, felt-mouthed little puppet is now available on iTunes in the US and Europe thanks to Shorts International! Connie is just a snip at only $2.99 or £1.99 respectively – so fill your stockings this festive season.

Connie has had an incredible journey since the shoot in May 2016, playing festivals globally, including awards qualifiers, scooping awards, receiving great reviews and entertaining audiences we could only have dreamed of. Sharing it with a whole new audience is something else, so we’re proud to be working with Shorts International.

You can buy it in the US here, and Europe here.

Since making its festival debut last August at Horror Channel FrightFest, Blood Shed has been selected for more than 30 festivals across the globe, winning 6 awards and garnering many more nominations. Our latest win in February was the Best International Short award at Nevermore Film Festival in North Carolina.

Blood Shed has been selected for two Oscar qualifying festivals in the USA. The first is Nashville Film Festival – one of the longest-running film festivals in the US and one of the most acclaimed in the South. Blood Shed screens with Found Footage 3D on 18th & 19th May. Nashville had nearly 5000 short film submissions this year, selecting just 215, and Blood Shed is competing as part of the Graveyard Shift competition.

The second qualifier is Seattle International Film Festival! It’s the largest and most highly-attended festival in the USA and the selection of films this year is not to be missed. Blood Shed screens on 26th May as part of the Terror Internationale block. Seattle have screened several of our previous films – Connie, Crazy For You and Severance. 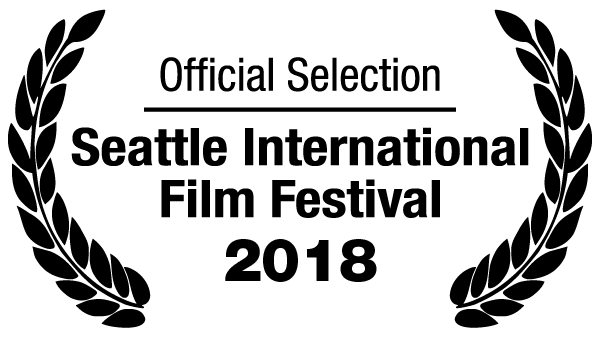 We’ve agreed a licensing deal with Shorts International to broadcast Connie and Crazy For You on ShortsTV in North America, Europe and South Asia for five years from late 2018. Both films will also shortly be added to the ShortsTV online stores on Amazon (UK, USA and Germany) and iTunes (in over 80 countries) for purchase.

We’re excited to be working with Shorts International as ShortsTV is the world’s first 24/7 HD TV channel dedicated to shorts, and currently available to approximately 25 million homes worldwide. We’re thrilled that our short films will reach such a wide audience beyond the film festival circuit. 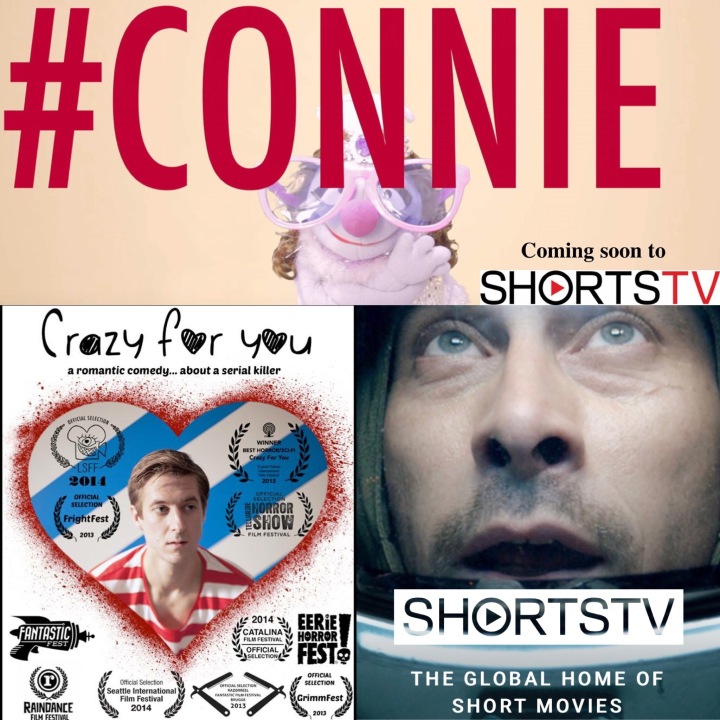 Blood Shed had its World Premiere at Horror Channel Frightfest on 27th August and was a great success! It was a joy to see so many happy, shed-fancying, Kickstarter supporters at the screening at the Prince Charles Cinema in Leicester Square, London.

We were really moved by the support, and overjoyed at the laughs and cheers that filled the cinema screen. Thanks so much to all who attended.

We’ve also had a flurry of great reviews following the screening! Here are a couple of links and extracts:

“Davies and her partner-in-cinematic-crime James Moran have a perfect handle on what makes an entertaining and memorable short.”

“The result is a funny, gory throwback to an epoch when, supposedly, men were men, women were women, and outbuildings were flesh-hungry hellsheds.”

“…indebted to the CGI-free horror of the Eighties, and in particular to George A. Romero’s Creepshow (1982)… as though this were a lost British segment of Romero’s anthology film.”

“Loaded with laughs and gore to satisfy in this very niche sub-genre you never knew you needed.”

Blood Shed has been selected for the Wimbledon International Short Film Festival 2017, which takes place in October. We’re one of just fourteen shorts selected from across the globe. This is one of the UK’s top ten short film festivals (Metro), so we’re thrilled to be included, but we’re also nominated for the coveted Best London Filmmaker award, and also eligible for the Best Short Film and Audience awards.

And hot off the press, we’ve just heard the film has been selected for the Kerry Film Festival in Ireland, also in October. This is a long-running festival supported and endorsed by luminaries  such as Paul Greengrass, Finola Dwyer, Jeremy Irons, Liam Neeson, Maureen O’Hara, John Moore and Mark Bomback. A great festival for our Irish Premiere! 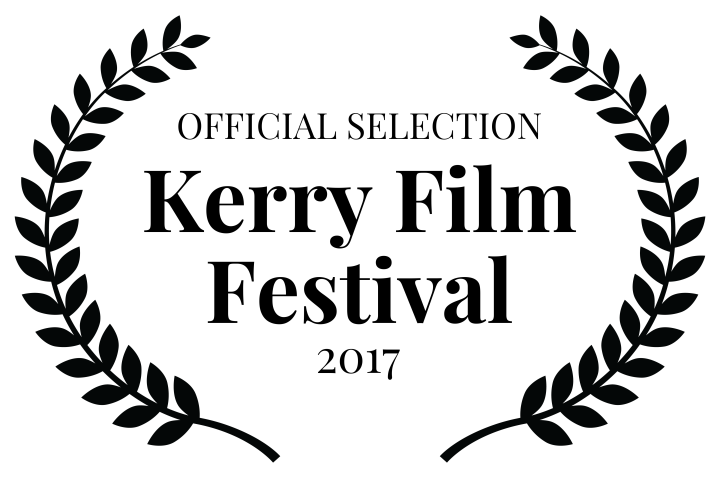 We have more festival announcements coming up that we can’t reveal just yet, but all will be listed on the Blood Shed screenings page on the official website.

Blood Shed is now complete. Hoorah! We spent lots of time lovingly and carefully crafting this uniquely beautiful demon baby, ensuring that the creative forces behind the film are super dooper happy. The film hits festivals this Summer 2017, and will be made available to our Kickstarter backers for viewing soon.

Second, our trailer has just been unleashed! Here it is! Take a peek… If you dare! We hope this gives you an enticing, intriguing flavour of the tone, sound and look of the film. Enjoy!

For more information, check out the official Blood Shed website.

Jack loves a bargain. And he loves sheds. When he buys suspiciously cheap second-hand parts online to build his very own dream shed, he and long-suffering wife Helen find they’ve got more than they bargained for: a killer shed with an appetite for blood. As the body count rises, and the shed’s ferocious appetite grows, Jack is faced with a horrifying dilemma. A comedy horror about a man’s twisted love for his shed… that eats people.

Blood Shed is a dark and twisted but laugh out loud comedy, with a Creepshow-style look and sound, synthesizer music, LOTS of Evil Dead-style blood, and comic book panels. It’s a love letter to the 80s horror anthology style, while telling a bizarre new tale with a unique monster.

The team need to raise £10K to make this beautiful nightmare a reality, with a Kickstarter campaign live from 27th February – 27th March 2017. But they can’t do it without you! There are perks including signed goodies, exclusive extras and downloads, set visits, screening tickets, props, Executive Producer credits, writing workshops, script feedback, and even a piece of the shed!

James Moran, co-writer and director, will already be familiar to many fans of the horror and comedy genre through his writing on the movies Severance, Cockneys vs Zombies and Tower Block, and internationally acclaimed TV shows such as Doctor Who, Torchwood, Primeval and Spooks. His other work includes 5-time Streamy Award nominated web series Girl Number 9, and several short films which he wrote and directed, including the award-winning hit Crazy for You (Best Horror/Sci-Fi, Crystal Palace International Film Festival), starring Arthur Darvill and Hannah Tointon, which screened at huge festivals across the globe and is now part of an anthology feature film. The team’s latest hit web series, Mina Murray’s Journal won the Best Screenplay award at Dublin Web Fest 2016, and will soon screen at HollyWeb in Los Angeles.

Moran says, “I’ve always loved 80s horror, and I’m really excited to unleash our evil beast. For years, we’ve seen people getting killed in or near cabins and outhouses, but we’ve never seen a shed itself actually doing the killing – until now!”

Cat Davies, co-writer and producer of the film, has worked professionally in production since 2005 at the BBC, ITV and as a publishing executive at BBC Worldwide managing the release of some of the UK’s biggest comedy titles. Cat is an expert in making the most of every penny and managing productions end-to-end. Cat is also an award-winning filmmaker, with her last short Connie starring Catrin Stewart, playing the international festival circuit and currently nominated for a prestigious iHorror award in the US. Cat is co-founder of Moranic Productions, with James.

Davies says, “we are desperate to bring this unique tale to life to delight horror, comedy and classic monster fans. We have a great team behind the project, and a united passion for the styles that influenced the script and visuals. We really need your help to make this happen and shoot the film in late April. We cannot wait to share Blood Shed with the world.”

Amazing cast and crew to be announced throughout the month-long campaign!

For more information head to:

Mina Murray’s Journal, our new webseries, will premiere on Thursday 29th September, 2016. Further episodes will air twice weekly, all on Mina’s YouTube channel. Make sure you subscribe now so you don’t miss a thing!